Farmers in a Changing World Review

Four years after their acclaimed debut, the Tractors finally delivered their full-fledged follow-up, Farmers in a Changing World, in late 1998. (A holiday album, Have Yourself a Tractors Christmas, appeared in 1995, but that doesn't count as a sequel to The Tractors). During that time, contemporary country became even more infatuated with the pop-country crossover, as the success of Shania Twain and Faith Hill proved. The title of the album hints at that situation, but the Tractors ignore such trends, choosing to synthesize a plethora of American roots musics into a distinctive sound -- they're farmers in a changing world. Sure, they remain rooted in country, but they try a bunch of other things, including soul, New Orleans R&B, and rockabilly with "The Elvis Thing," backed by no less than Scotty Moore, James Burton, and DJ Fontana. What ties it all together is Steve Ripley's fine songwriting and the band's excellent taste in covers; the material is so good that the eclecticism doesn't seem jumbled -- it makes sense. It may have taken a while for the album to have been recorded, but the wait was worth it. 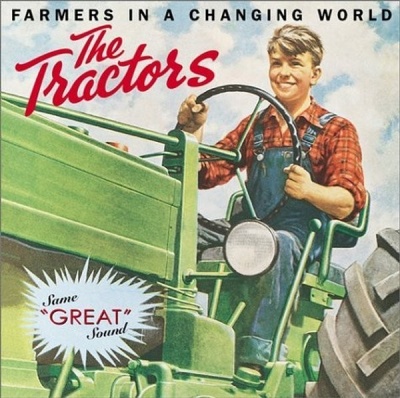