Even in 1973, Carole King's landmark Tapestry album was still high on the charts. Fantasy was the first album to break the immediately recognizable, cozy sound set by Writer and made definitive by Tapestry. In the place of the warm, spare tones was a polished, soulful production. In many respects this album coasts on groove more than anything else. Sometimes it does work. "You've Been Around Too Long" comes off as subtle and accomplished, especially with David T. Walker's great guitar work. "Being at War with Each Other" pretty much covers well-worn ground. Those looking for Tapestry, Pt. 2 or 3 would come up empty, but the core of Fantasy does deliver on its idiosyncratic promise. "Corazón" has Latin intonations and King certainly doesn't embarrass herself. The album's best song by a long shot is "Believe in Humanity." On that track in particular all of the elements coalesce and might make listeners wish they took the harder sound and well-meaning messages even further, even for the hell of it. Some of the other tracks, most notably "Haywood," proves that although King knows the ins and outs of human nature, a story song isn't her forte. While the virtues of Music and Rhymes & Reasons tend to blur for some, Fantasy stands out as a risky and sometimes fulfilling effort. 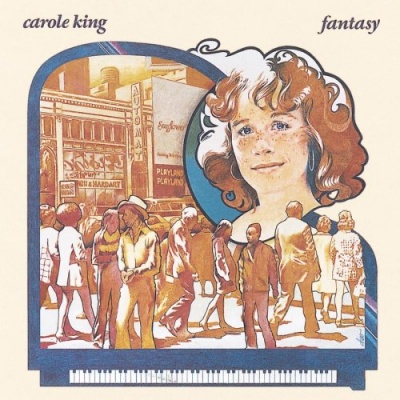