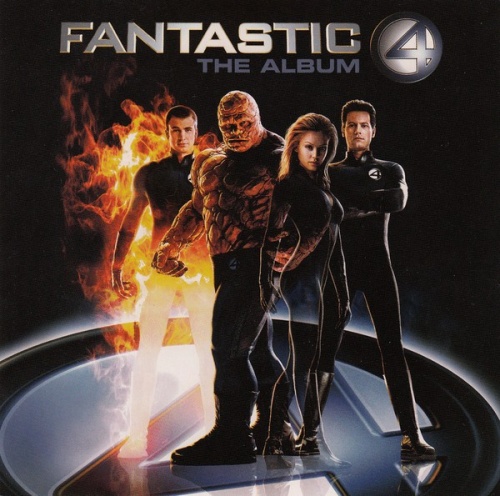 The Fantastic Four soundtrack covers slightly more ground than the sets for summer 2004 blockbusters like Spider-Man 2, which were heavy on angry-guy rock. But while Four has some hip-hop, pop-punk, and adult alternative next to the usual post-grunge thud, it still hits at the widest angle possible regardless of genre. Of course, as a summer movie soundtrack it must appeal to everyone and no one at exactly the same time, and be nearly devoid of taste or even entertainment in the process. Velvet Revolver's "Come On, Come In," sounds more like Stone Temple Pilots than the supergroup ever has before, and the Snoop-isms and arcade game resets of Chingy's "Relax" aren't distinctive. Joss Stone's "What Ever Happened to the Heroes" is a little better -- it has a big, brassy chorus, and its theme is a more effective film tie-in than Chingy's afterthought Dr. Doom references. And "New World Symphony" is an audacious track from Israeli violin sensation Miri Ben-Ari and producer Kanye West, drawing on Dvorák and featuring Pharoahe Monch. (Ben-Ari and West worked together extensively on West's acclaimed College Dropout.) But Fantastic Four is also crammed with placeholders. Breaking Point's "Goodbye to You" might as well be 3 Doors Down, and Omnisoul -- easily one of the worst band names since Audioslave -- offer an insultingly bland rehash of Live called "Waiting (To Save Your Life)." These songs are the worst kind of filler, hitting the appropriate, broad-form stylistic cues, but offering nothing -- absolutely nothing -- deeper. Fantastic Four continues the big empty with a plastic word jumble cover of Cheap Trick's "Surrender" by Simple Plan and "Everything Burns," which puts Anastacia next to Ben Moody in the role of Amy Lee. Speaking of Lee, the Evanescence vocalist seems like the primary inspiration for 2005 Wind-Up signee Megan McCauley, who the label is pushing with two songs on this soundtrack.