Fantasia Barrino's first album, Free Yourself, wasn't exactly a flop but it wasn't a hit, either. It debuted in the Top Ten and had four singles in the Billboard R&B charts, which is far from a disaster but it was a disappointment by American Idol standards, particularly for a vocalist who was considered by many viewers, as well as judge Simon Cowell, the most talented singer to yet appear on the show. Talented Fantasia certainly was, but talent can be hard to sell, and Fantasia's problem boiled down to this: she had enough raw vocal power to draw comparisons to such classic soul divas as Aretha Franklin, which is what appealed to the legions of middle-America fans of the show, but that's not a style that has much to do with contemporary R&B, so she was given a modern makeover on Free Yourself. It was a cautious one, though, leaving remnants of her Idol persona -- most evident on a reprise of her show-stopping interpretation of Gershwin's "Summertime" -- surrounded by hip-hop-inflected urban soul like the single "Baby Mama," which was precisely the kind of thing that made fans of "Summertime" recoil. And recoil they did. They wound up avoiding the album, and "Baby Mama" didn't win enough converts to make up for the Idol audience's absence, so Fantasia and company took the only logical step for her eponymous sophomore album: they made it strictly R&B.

Since it adheres to just one style of music, Fantasia is a more consistent album than her debut; it has a sense of purpose and it takes greater risks in the production, two things which make it a bolder, better album than Free Yourself. Fantasia is a hard R&B album through and through, a distinction made clear by the album-opening "Hood Boy," a dynamite single built on a blaring Supremes sample and featuring a rap from Big Boi that sets the tone for the rest of the record. Like Destiny's Child in Soldier, Fantasia is celebrating thugs, and with the day-glo Supremes sample skipping and stuttering in circles, "Hood Boy" sounds not unlike an updated version of Ike & Tina, as Fantasia desperately pledges her devotion to strong men. It's inspired in concept and delivery, as Barrino puts her all into it and it works: with this one track, she sheds her AmIdol past and remakes herself into a vibrant, vital diva. Even when things slow down for the ballads Fantasia never sounds schlocky; the songs sound made for DJs and clubs, which is why the album is at its best when it sticks close to that updated '70s soul feel, as on "Baby Makin' Hips" which doesn't hit as hard as "Hood Boy" but it's equally alluring in its cool reserve. So, the sound is right on Fantasia, as is Barrino's performance: she delivers on the promise she displayed on the show, sounding like a full-throttle powerhouse on the faster songs and smoldering on the slower ones. That leaves the only problem of the record: the songs aren't all that great. There are exceptions -- the previously mentioned "Hood Boy" and "Baby Makin' Hips," of course, but also a handful of others, such as the slow-burning "Two Weeks Notice," co-written by Missy Elliott -- but this is a record that rides on its sound, whether it's coming from Fantasia or from the producers, who always present her at her best. This is enough to make Fantasia better as an album and statement of purpose than Free Yourself, but no matter how good tracks like "Uneligible" sound -- and with its fuzz-toned instrumental breaks and skeletal beats, the track does sound pretty great -- it's hard not to wish that there were hooks as memorable as the production. That said, Fantasia does its job: it may not be perfect, but it fully breaks Barrino free of her American Idol persona, giving her a sound and style that she can build a career upon. 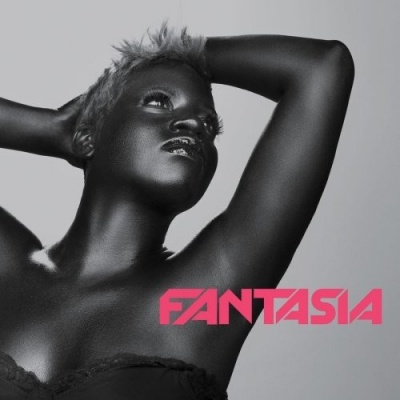