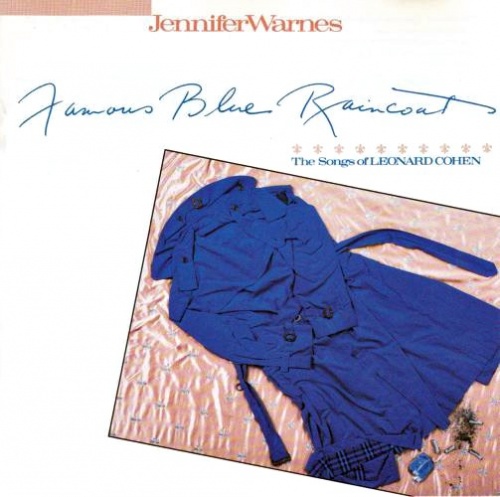 Jennifer Warnes was familiar with Leonard Cohen from a tour of duty as one of his backup singers in the early '70s, but this collection of Cohen's songs must have shocked her AM radio fans who knew her from her '70s country-pop hits and her movie themes, if they were even able to connect the woman who sang "It's the right time of the night for makin' love" with the one who declared "First we take Manhattan, then we take Berlin" over stinging guitar work by Stevie Ray Vaughan on the opening track here. As that pairing suggests, Warnes wisely took a tougher, more contemporary approach to the arrangements than such past Cohen interpreters as Judy Collins used to. Where other singers tended to geld Cohen's often disturbingly revealing poetry, Warnes, working with the composer himself and introducing a couple of great new songs ("First We Take Manhattan" and "Song of Bernadette," which she co-wrote), matched his own versions. The high point may have been the Warnes-Cohen duet on "Joan of Arc," but the album was consistently impressive. And it went a long way toward reestablishing Cohen, whose reputation was in a minor eclipse in the mid-'80s. A year later, with the way paved for him, he released his brilliant comeback album I'm Your Man. For Warnes, the album meant her first taste of real critical success: suddenly a singer who had seemed like a second-rate Linda Ronstadt now appeared to be a first-class interpretive artist.