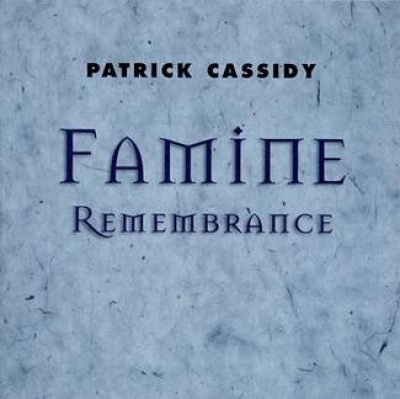 This orchestral/choral monument to those who perished in the Irish potato famine premiered in New York in March, 1996 in St. Patrick's Cathedral. This is not officially a classical requiem, but I couldn't help comparing Cassidy's Famine Remembrance with some of the greats by Faure and Brahms or the St. John's Passion by J. S. Bach; their works gave me clues to why Cassidy's effort falls flat. Although there are many noble and moving moments in the work, the whole sounded dampened and soggy. Even giving credit to the moisture created by tears of grief, my ears ached for contrast. The tempos were all legato, the fidelity was numb; the occasional cymbal roll and the voice of the boy soprano, Terrence Kelly (who sometimes missed notes), did not pop out. Where Faure and Brahms wrote passages of tumult and rage against dying, Cassidy did not, yet his written introduction gave plenty of reason to rage as the English decided to "let nature take its course." Likewise, I felt no moments of transcendent deliverance. Cassidy does plumb the depths and the sorrows, but if he doesn't take you elsewhere, there's no reference to know the grief. Almost any cut taken by itself is, but I shed no tears listening to the whole album. Does it work as a "Celtic" album? There are some lyrics in Gaelic and "Skibureen" supposedly features a short passage on the pipes (which I could not hear after a number of listenings on different players!). The real star of the show is Lady Jane Wilde (1824-1896), Oscar Wilde's mother. She contributed two poetic supplications begging for mercy for the victims of the famine. They will break your heart.