As if arriving at a crossroads between her early day glories and post-scandal demureness, Sandi Patty conflates all the lessons and musical styles she's assimilated along the way on Falling Forward, her 25th anniversary recording. The CCM matriarch sounds more praise-filled and celebratory than ever, but Falling Forward is by no means a commemorative disc -- if anything, some of it is as understated and inspirational as Artist of My Soul, one of Patty's first few albums following her fall from grace. It's that same grace Patty seeks to render tribute to in cuts such as the title track and the thoughtful "Grace Flows Down," neither of which possesses the operatic bombast longtime fans have come to expect from the singer. There are some high notes to be found in spots, particularly in a throwback medley consisting of such Patty classics as "Upon This Rock," "In the Name of the Lord," and "Who Will Call Him King of Kings," but they're not at all the norm. Perhaps inspired by her stint as a motivational speaker at Women of Faith conferences, she actually tries her hand at congregational praise & worship in covers from the likes of Passion ("Sing to the King"), Israel & New Breed ("You Are Good"), and Hillsong ("Made Me Glad"), and the results are pleasant, if not a bit by the book. Patty has been doing this for so long, though, she could pretty much indulge in any gospel sensibility and still sound in command. For that reason, Falling Forward is a step forward, even if it's still couched in the easy listening accessibility that has endeared the powerhouse to millions over the decades. 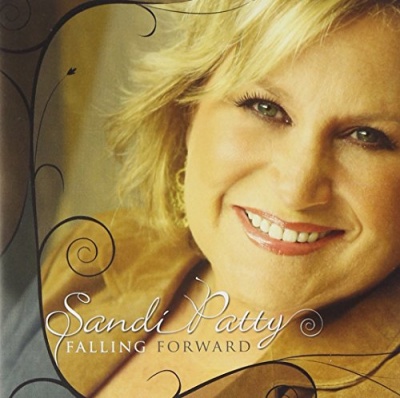