October Project's second album, like their first, is dominated by gorgeous harmonies and sweeping string arrangements. But it's also a smidge more lively than their self-titled debut -- David Sabatino's guitars are allowed let loose a little more frequently, and the comparatively energetic percussion incorporates a bit of Latin spice. The first single, "Sunday Morning Yellow Sky," combines a typically intense, soaring chorus with an unusually lighthearted jam featuring harmonica and funky guitar riffs. But the meat and potatoes of October Project are still the achingly poignant melodies, tunes so emotionally stoked one can't help but wish to hear them more clearly, or feel them more fully. That can be a bit exhausting after repeated listens, and the keyboard-heavy arrangements are occasionally overwrought, but in proper doses there is no catharsis like October Project. The band broke up after touring in support of this album. Perhaps the next project for tunesmith Emil Adler and his lyricist/playwright wife, Julie Flanders, should involve musical theater. These larger-than-life ballads (and the big voice of lead singer Mary Fahl) would suit the stage well, and would be considerably more compelling than much of the stuff on Broadway. 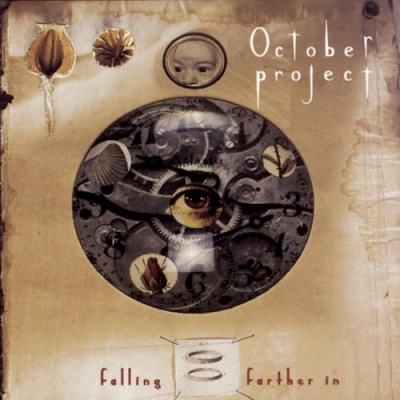