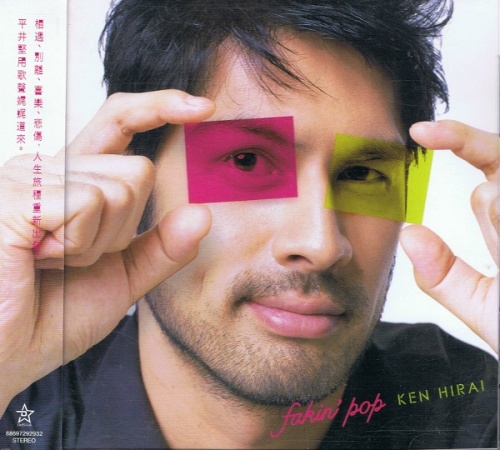 Mixing previously released singles and original tracks, popper Ken Hirai shows some versatility in Fakin' Pop, bouncing around with his astoundingly clear voice from upbeat dance tracks to more emotional balladry with only minor hitches in the transitions. The opening track starts out with good cheer and his earnest wish to "be a pop star" (already accomplished, if the Oricon charts are a good indicator). Nothing groundbreaking, but it's a nice puff of ear-candy. The speed pumps up a bit for "Kimi wa Su.Te.Ki," where Hirai's high-pitched vocals are put in opposition to a deeper electric guitar array for an off-kilter but surprisingly effective composition. A more sensitive ballad comes in "Pain," and Hirai uses the opportunity to try a different vocal register and a more somber emotional drive. "Fake Star" is an infectious dance groove that could very easily be a classic Jamiroquai track, and "Upset" continues the groove (but with a tight little horn section) and makes use of a bit of English to convey some added frustration with love. There's a bit of added melodrama in "Elegy," as well as some more intense emotional power (the song is a tribute to Hirai's recently deceased father), and some upbeat dance in "Twenty Twenty Twenty." Many of the compositions are well within the realm of basic J-pop, but there's something more worthwhile behind Hirai's work -- the ones that stand out have something special within them. Even on the songs that are fairly standard compositions, Hirai puts in the effort to make it likeable by sheer force if nothing else. This is pop the way it was meant to be, crafted rather than manufactured.