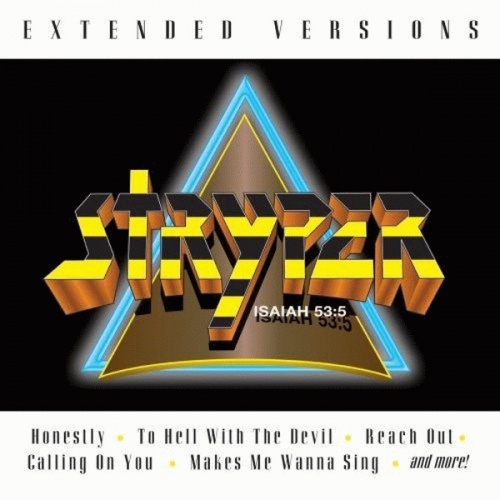 Usually the artists featured in the Extended Versions series have passed their peaks of commercial success and now are riding high on the nostalgia wave, touring year after year playing their greatest hits to their die-hard fans. So it's a good thing the folks at Sony/BMG decided to buck the trend by inviting Stryper into the fold. Yes, they'll forever be known as that group whose members dressed in yellow-and-black costumes and had a singer who on his best day could warble like Mariah Carey. But somehow the band has managed to stay afloat all of these years, releasing new albums and staying within the top tier of CCM hard rock acts. This collection does not have any new material, and much like the other Extended Versions was recorded live without anything truly "extended." There are several MTV chart-toppers here, including "Calling on You," "Free," and "Honestly," but those are mixed with several of their earlier numbers and fan favorites. Obviously, this isn't going to appeal to anyone who remembers the band for whacking audience members upside the head with mini Bibles, and those fans should direct themselves toward the nearest greatest-hits compilation. However, diehards who still think the band is better than Creed or Petra will probably want to pick this up, especially as collections of live Stryper recordings are few and far between.