Extended Versions is a brief BMG special products release that features ten live tracks drawn from the Monkees' 35th anniversary tour in 2001. Michael Nesmith did not take part in these shows, which were well-produced, horn-driven affairs that saw Davy Jones, Micky Dolenz, and Peter Tork performing their hits backed by a professional band. The sound is good, the horn section adds some punch to the arrangements, but in the end, it all seems a little tired. For some reason the final track here, Peter Tork's "Long Title," is called "No Time" on the back tray's set list. Tork left the trio at the tour's end due to creative differences. Diehard devotees of the Monkees will probably love this release, but it is unlikely to convert anyone not already a fan. 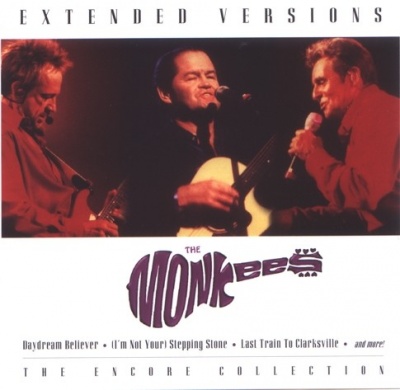