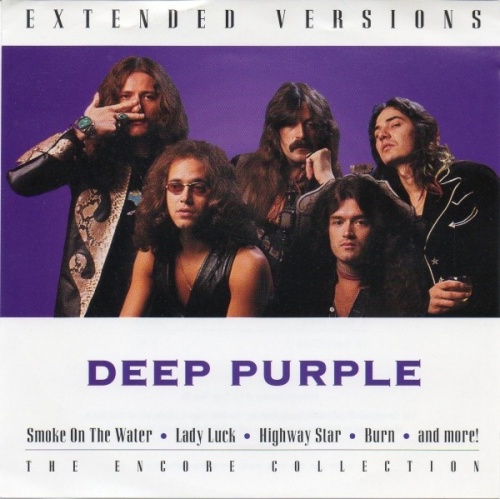 The title of Deep Purple's Extended Versions is something of a misnomer -- "extended versions, after all, conjure up visions of 12" remixes and protracted studio workouts. Here, however, there's nothing more (or extended) than an unhelpfully non-annotated collection of live recordings dating from Tommy Bolin's time with the band. Indeed, anybody owning either the On the Wings of a Russian Foxbat or King Biscuit Flower Hour Presents live sets already owns Extended Versions and then some, rendering this album little more than a budget-priced sampler for the main attraction. All of that aside, anybody familiar with the studio versions of these songs will agree that a few of them certainly are extended -- "Burn" clocks in at eight-plus minutes, Don Nix's "Going Down" at seven, and Bolin's guitar solo lasts more than ten -- sufficient to have it tagged as a track in its own right on the album cover. However, the fact that his name is misspelled "Tomy" offers at least a glimpse into the amount of care and attention that went into this collection. Not very much.