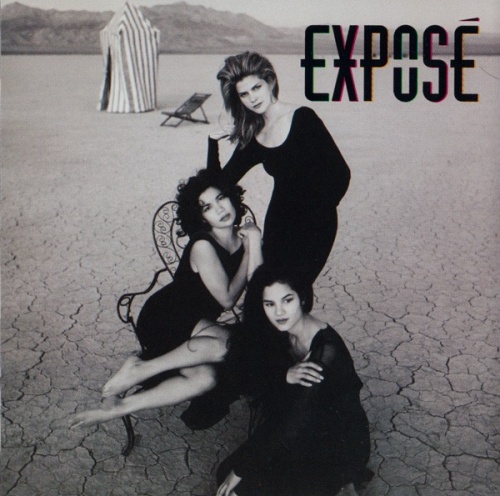 Exposé had a hard time fitting into the radio trends of the moment with their third album, which came three and a half years after What You Don't Know. The Latin-spiced club/dance sounds that made such an impact on pop radio in the latter half of the '80s had been replaced by grunge and alternative rock, and the "girl group" concept had fizzled. Despite this, the trio managed a Top Ten hit with the Diane Warren-penned ballad "I'll Never Get Over You Getting Over Me," a somewhat formulaic AC number. Arista tried to capitalize on this success by releasing two other Wilson Phillips-esque soft rock numbers, "As Long as I Can Dream" and "In Walked Love." This wasn't to much avail, and the cream of the crop was never tasted. Sure-fire dance numbers like the house-driven "I Think I'm in Trouble," the nostalgic "Angel," and "Give Me All Your Love," a return to the group's freestyle roots, were sorely overlooked. Though the powerful voice of Gioia is missed here (she left the group in 1991), replacement Kelly Moneymaker brings added depth to the group's harmony, and Ann Curless shows her flexibility as a lead singer for the first time. Another first is the use of producers besides Lewis Martinee, which results in a more varied sound that is a bit scattered at times, but ultimately disproves the notion of Exposé as studio puppets.