Exitos de Victor Manuelle covers only a sliver of the salsa romantica singer's career, with 12 of 15 songs dating from a three-year time frame, 1996-1998. For this reason, it's far from an ideal greatest-hits collection, given its limited focus. However, the three-year time frame showcased here is a fantastic one, encompassing a series of albums -- Victor Manuelle, A Pesar de Todo, and Ironías -- that constitute the prime of Manuelle's rise to superstar status. Victor Manuelle (1996) and A Pesar de Todo (1997), in particular, are stellar; both were produced by the great Sergio George, who was in peak form at the time, and both include a bounty of first-rate hits. Victor Manuelle is represented here by four songs ("Hay Que Poner el Alma," "Pensamiento y Palabra," "Todo Quedo, Quedo," "Volveras"), while A Pesar de Todo is represented by a whopping five songs ("Así Es la Mujer," "Dile a Ella," "He Tratado," "Le Haré Feliz," "No Hace Falta Nada"). That's a whopping representation because A Pesar de Todo only has eight songs to begin with, one of which is a megamix. So you get half of Victor Manuelle and well over half of A Pesar de Todo here, which is either good or bad, depending on if you already own those albums. If you do already have them, there's little reason to bother with Exitos de Victor Manuelle -- you already have most of it! The third album well represented here is Ironías (1998), with four of its nine songs included ("La Dueña de Mis Amores," "Mentiras," "Qué Habría Sido de Mí," "Se Me Rompe el Alma"). The remaining two songs of Exitos de Victor Manuelle date back to the salsero's first two albums for Sony Tropical, Justo a Tiempo... (1993) and Sólo Contigo (1994), which are represented by only one song apiece, "Me Dará el Consentimiento" and "Apiádate de Mí," respectively. This is understandable, because those albums are formative at best. "Apiádate de Mí" is a great song, though -- Manuelle's first major hit, in fact -- and is surely a worthwhile inclusion. These formative inclusions would have made more sense if Exitos de Victor Manuelle had been sequenced chronologically, rather than scrambled up like it is. But this is a minor issue, since all but two of the songs here fall within a three-year time frame. As unideal as Exitos de Victor Manuelle may be, it's a serviceable summary of the salsero's initial prime; diehards will still want all of the represented albums in full, but casual fans will find this summary satisfactory as well as economical. [Exitos de Victor Manuelle is available in multiple packagings. It had previously been packaged as 20th Anniversary a year earlier, in 1999. Hence the lack of any songs from Inconfundible (1999), which preceded the release of Exitos de Victor Manuelle, but not 20th Anniversary. Later, it was repackaged as Colección de Oro in 2002. These alternate, terribly generic packagings are fairly hard to find relative to Exitos de Victor Manuelle, which at least boasts decent packaging, if the exact same track listing.] 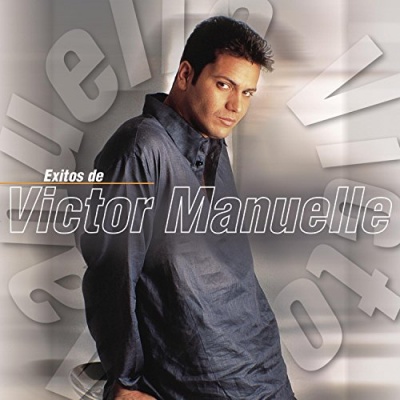