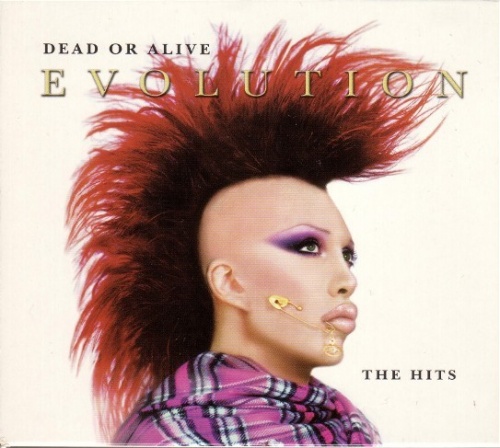 Evolution: The Hits is a good summary of Dead or Alive's most popular material, concentrating on their chart hits. And there were more of those than you might remember -- eight are included that made the U.K. listings, along with four that made the U.S. charts (all of which charted in the U.K., too), including "You Spin Me Around (Like a Record)," "My Heart Goes Bang (Get Me to the Doctor)," "That's the Way (I Like It)," "In Too Deep," and "Something in My House." Popular as some of this stuff might have been, it really epitomizes some of the silliest and most histrionic aspects of those strange days when new wave and the new romantics were being diluted yet further into synth-heavy dance-pop. Three tracks here make their U.S. debut, although these are all from post-'80s releases: "Sex Drive" was released on 1995's Nukleopatra and "Hit & Run Lover" and "Isn't It a Pity" on 1991's Fragile (the latter was only issued in Japan). Also on board are a 2003 remix of "Turn Around Count 2 Ten" and a "metro 7" edit" "You Spin Me Around (Like a Record)," neither of which was strictly necessary unless Epic/Legacy was desperate to pad the running length. Pete Burns contributes the sleeve note.