Evolution is an appropriate title; it's clear that Martina McBride has grown -- evolved -- between Wild Angels and this terrific follow-up. That's not to say Wild Angels wasn't wonderful in its own right -- its blend of rootsy country and contemporary production was clever, and her singing and songs were spot-on -- but Evolution is different and special in its own way. It is true that it's smoother than its predecessor, especially with polished duets like "Valentine" (with Jim Brickman) and "Still Holding On" (Clint Black). What makes Evolution work is the purity and power of McBride's voice -- she is one of the few contemporary country singers who can pull off this kind of country-pop. And that's not all she can do, as the rocking "Keeping My Distance" or the gospel-inflected "A Broken Wing" prove. Furthermore, McBride's songs remain staunchly independent and strong-willed, with clear feminist overtones, which helps make Evolution a rarity among contemporary country albums -- it's catchy and it has a heart. 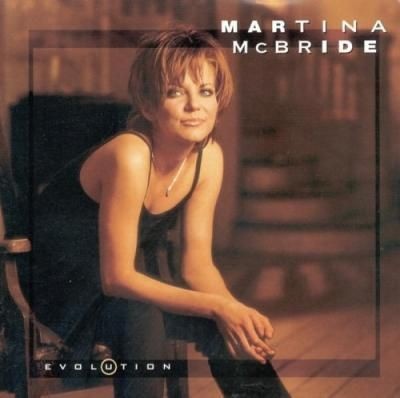