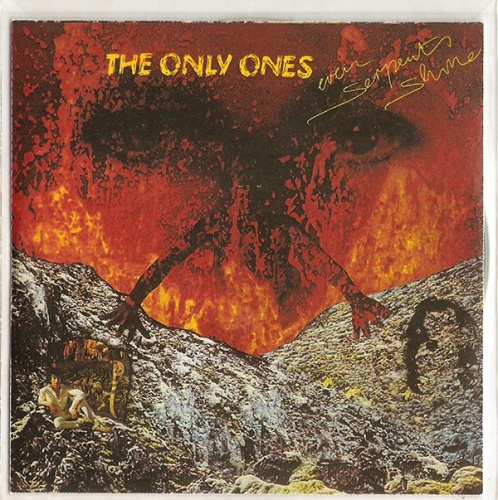 Plenty of bands from the first wave of British punk sounded like they had learned a few things from the New York Dolls, but while most latched onto the sloppy crash and bash of Johnny Thunders' guitar, the Only Ones instead seemed more closely drawn to the witty cynicism and trashy romanticism of David Johansen's lyrics, and the Only Ones' tenuous link to the faster-and-louder gang was fading fast by the time they cut their second album, Even Serpents Shine. While there's plenty of rock & roll on Even Serpents Shine, "Programme" is the only track that seems to approach four-square punk, and with its double-tracked guitar solos, sax overdubs, and backwards tape treatments it didn't have much in common with, say, the Damned or the Adverts. Elsewhere, Even Serpents Shine more often recalls the heart-on-the-sleeve spirit of Mott the Hoople's glory days, merged with a leaner attack that still made room for John Perry's guitar heroics and Peter Perrett's wobbly but potently effective vocals. Even Serpents Shine doesn't boast an out-of-the-box classic tune along the lines of "Another Girl, Another Planet" from the self-titled debut, but in many respects, this is the more consistent album, achieving a similar degree of thematic and melodic variety while generating a more coherent sound and feeling, and the band certainly sounds tighter and more confident on their second trip to the studio. And Peter Perrett's meditations on love in its many guises still stand apart from nearly anyone else's in British rock, and the funny, keenly observed and sometimes heartbreaking lyrics he wrote for this album are every bit as effective now as they were in 1979. Even Serpents Shine may not be quite the triumph that was the Only Ones' debut album, but they were one of the very few bands of their time and place who inarguably beat the sophomore slump.