After giving Justin Timberlake, Avril Lavigne, and Usher's back catalog the floor-filling treatment, the Essential Mixes series turns its attention to an artist far more synonymous with hi-NRG club-friendly dance-pop, Kylie Minogue. No stranger to the concept of the remix album, the diminutive Antipodean's past output has constantly been subjected to DJ reworkings on the likes of the several Greatest Remix Hits collections and 2010's Boombox. But while her early Stock, Aitken & Waterman production-line pop and her noughties' reinvention as a slinky disco siren have all been tackled, her less successful mid-'90s deconstruction era hasn't been as widely covered. This nine-track collection puts this right, with five cuts from 1998's Impossible Remixes album (the dance companion to the under-rated Impossible Princess) nestling alongside four previously unreleased mixes of tracks from 1994's self-titled effort. Focusing on her most interesting, slightly alternative career phase, the string of remixes from producers like TNT, Brothers in Rhythm, and Quivver therefore feel like a much more radical overhaul than those afforded to her already dance-led material, with unsurprisingly mixed results. There are generic four-to-the floor retoolings from Philip Damien, who lazily substitutes the oriental electronica of "Confide in Me" in favor of generic Italo-house; Sash! turns the sultry and seductive chillout of "Breathe" into a trashy slice of Euro-pop, and Felix da Housecat renders "Where Is the Feeling" unrecognizable with his meandering blend of pumping beats, sub-Moroder synths, and industrial riffs. Faring much better are nu-soul collective Drizabone, who provide a late-night, slow-jam feel to "Put Yourself in My Place" with its squelchy basslines and twinkling piano keys; Trouser Enthusiasts' Goddess of Contortion work their psychedelic magic on their Josh Wink-esque acid-rave remix of "Did It Again," and Justin Warfield, recaptures the trip-hop vibes of the original "Confide in Me," with some Sneaker Pimps-style beats and a Rob Dougan sample. Inconsistent it may be, but there are a few tracks worthy of sneaking into any future Minogue compilations, while the focus on her less-celebrated indie phase ensures that her full 23 year career has now received the remix treatment. 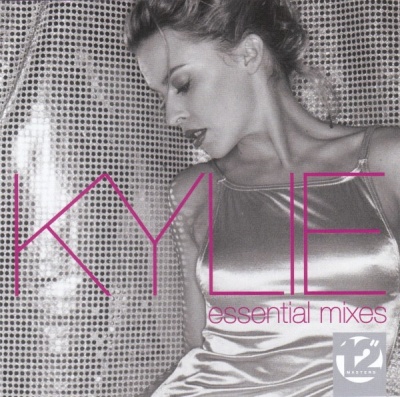