Sony Legacy's X2 series repackages two of Journey's best known recordings: the consecutively issued Escape from 1981, and Frontiers, from 1983. This is when the band were at the peak of their MTV-era multi-platinum success. Both albums are remastered versions from the 2006 series that reissued their catalog, and each disc contains four bonus cuts. If you didn't snag them when they were issued, here is another opportunity to get a slight price break in snagging them both. 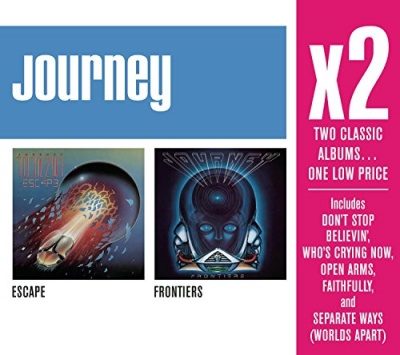