Hubert von Goisern spent the past couple of years traveling European rivers with a small convoy of ships, playing concerts and collaborating with musicians like Xavier Naidoo and Klaus Doldinger. After two documentaries, one studio album, and one live album, von Goisern finished this project, reduced his band to a small combo (four people, including himself), and recorded a new album that dispensed with the electronic elements as well as the guest appearances that characterized his river cruise tour and the corresponding releases. That doesn't mean that 2011's Entwederundoder reduces its number of stylistic elements, however: von Goisern still mixes his "Alpenrock" -- accordion in the folk tradition meets rock meets lyrics in the Austrian dialect -- with a number of different genres, including ska ("Indianer"), blues-rock ("I Versteh Di Nid"), and jazz. 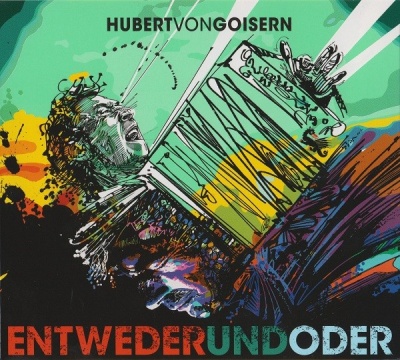