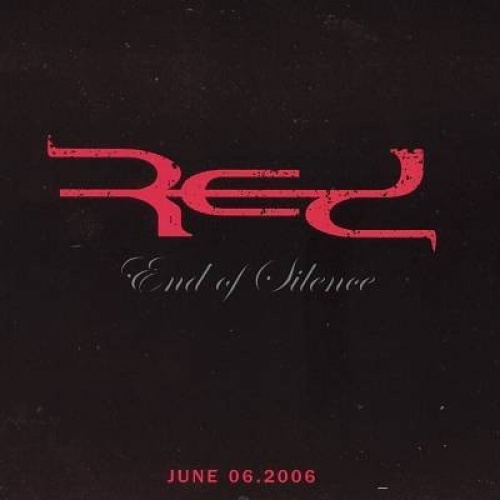 Even though Red is technically a Christian-based alternative rock quintet, you wouldn't necessarily know this detail by listening to their debut album, End of Silence. Polished and ready for secular rock radio, Red produce fiercely passionate music influenced by contemporary bands like Linkin Park and Chevelle. Leaning closer to the latter, Red is far from a rap-rock outfit. But their use of textured backdrops and heavy, crunching riffs clearly brings to mind the atmosphere of many a Linkin Park song. For proof, look no further than the band's first single "Breathe into Me," which layers thick guitars and fiery strings into a song that sounds like a less beat-oriented "One Step Closer." Lead singer Mike Barnes doesn't have as expressive a voice as Chester Bennington (how many really do?), but he does a remarkably good job loading each song with powerful emotion -- from passionate singing to distraught shrieking -- to make up for the slightly derivative tone of the overall record. There is nothing here that hasn't already been done in some other form, but where other bands are just pissed off and jaded, Red clearly believe in every note played. They confront universal topics from their lives -- pain, loneliness, confusion -- but there's an underlying theme of redemption that keeps things from becoming just depressing. It's in these moments that the band's faith shines through; they're never overt about their Christianity -- listeners could easily assume Barnes is talking to a friend or lover, for instance, instead of God -- but for those that understand the context of his words and, simply, his relationship with Christ, the band's lyrics will ring even more meaningful. Red's addition of string sections and piano parts on most every song (and not just in delicate tracks like "Pieces" and "Already Over, Pt. 2") gives a nice ethereal edge to the band's otherwise intense and crashing rhythms. Altogether, End of Silence could just as easily storm the mainstream as take over the hearts of its primary Christian audience.