Say what you want about Empire Burlesque -- at the very least, it's the most consistent record Bob Dylan has made since Blood on the Tracks, even if it isn't quite as interesting as Desire. However, it is a better set of songs, all deriving from the same place and filled with subtle gems -- the most obvious being "Tight Connection to My Heart (Has Anybody Seen My Love?)," but also "Emotionally Yours" and "Dark Eyes" -- proving that his powers are still there. The rest of the album may not be as graceful, but it's still well-crafted songwriting that never fails to be interesting. The record's biggest flaw is its state-of-the-art production; this is every bit as slick as Street Legal, but now sounds more focused and more of its time -- thanks to a reliance on synthesizers and mildly sequenced beats -- than it did upon its original release. All this makes Empire Burlesque seem more transient than it actually is, since -- discounting the production -- this is as good as Dylan gets in his latter days. 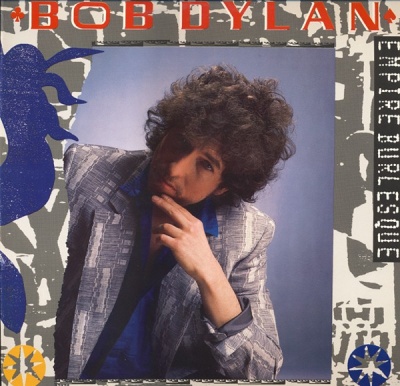