Emotion is the fifth installment in a series of platinum albums from one of the most underrated voices in country music. After two years since the release of her double platinum Evolution, Martina McBride tears into these tracks showcasing the range and power of her incomparable voice. Evolution was a big-sounding record with lots of overdubbing and production. Emotion scales back musically using a very small band and the result is fresh and authentic, allowing McBride to captivate us with her resounding vocals. Aptly titled, Emotion, with lyrics like "anything's better than feelin' the blues" and "love's the only house big enough for all the pain in the world," tugs at the heart strings at times. But it's in "Do What You Do" that McBride lets us know that she's just doing what she does: "If you want to give them something different -- something to sink their teeth into -- well baby, you just do what you do." 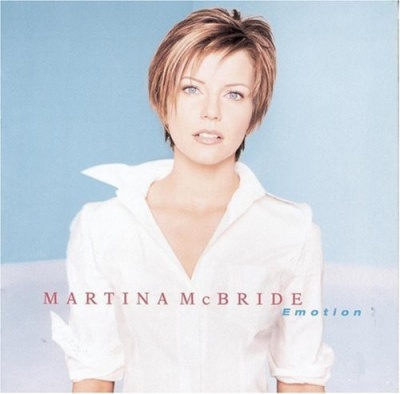