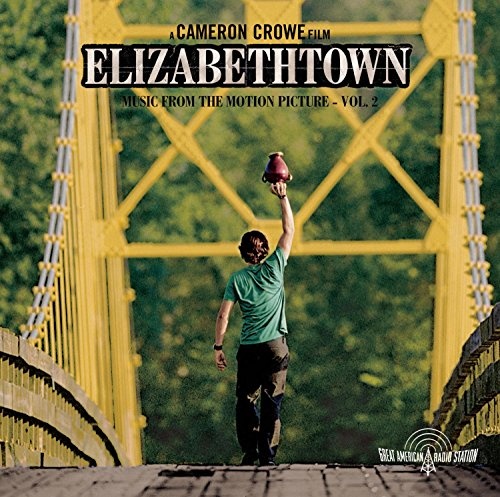 For a film that sadly suffered an almost instant death at the box office, it's a bit puzzling to see Elizabethtown spin off a second soundtrack, released the same week as the DVD. The second volume crosses over well with the first, featuring several of the same name-brand artists: Tom Petty, Ryan Adams, Nancy Wilson, Patty Griffin, and Lindsey Buckingham. The other featured artists are relatively unknown, but nonetheless, they do share the same singer/songwriter tendencies of the aforementioned ones. And there are a few curveballs, too, most notably the Beginning of the End's "Funky Nassau, Pt. 1" (a wild, wonderful Latin-funk gem from 1971), Ulrich Schnauss' "...Passing By" (incidental electronica), and the Temptations' "I Can't Get Next to You" (Motown-meets-Sly & the Family Stone), which help break up the always earnest, sometimes ambling Americana that drives Elizabethtown -- at a leisurely speed, for sure (and to nowhere interesting, some critics were quick to trumpet upon the film's release). One might well wish that Cameron Crowe either stuck with the Americana vibe or threw in a lot more curveballs. Trying to have it both ways doesn't do this soundtrack much good: the few curveballs stand out too much, likely making you think about either how unentertaining all these singer/songwriters are, or how unseemly the misfits are, depending upon your inclinations. A closing plus (how Rachael Yamagata reprises "Jesus Was a Crossmaker," the Hollies song that was a highlight of the first volume) and a closing minus (how Lindsey Buckingham's "Big Love" is a lively yet lame live recording rather than the Fleetwood Mac hit everyone would have preferred) add yet more equational variables to this topsy-turvy soundtrack that isn't much better or worse than its predecessor, and likewise the film to which it relates.