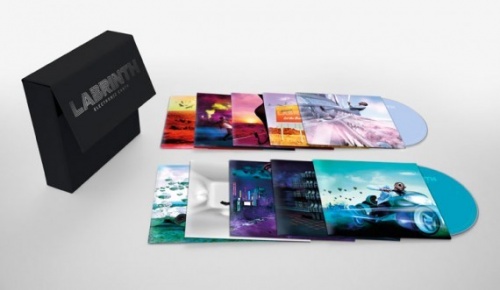 From the amount of times Labrinth boasts about how groundbreaking he is on debut album, Electronic Earth, you'd expect to hear something so pioneering that it would make Radiohead sound like Status Quo. "Hey Simon, we're f*****g them up/sending them Syco," he proclaims on the percussive jazz-pop of opener "Climb On Board." The Simon in question is of course, Mr. Cowell himself, who was so impressed by the Hackney producer that he invited him to become the first non-talent show signing to his label in six years. Labrinth, real name Timothy McKenzie, appears to be slightly uneasy about this unlikely partnership, hence the rather unsubtle attempts to distance himself as far away as possible from the usual X-Factor alumni. In fairness, Electronic Earth is much more idiosyncratic than Cowell's typical factory-production fare. "Earthquake" is a thrillingly bombastic take on the ubiquitous dubstep sound with its cascading arcade game synths, speaker-blowing beats, and Gregorian chant middle-eight; "Sweet Riot" is a suitably named blend of sugary R&B melodies and menacing electro-rock which echoes Music for the Jilted Generation-era the Prodigy; while the orchestral funk of "Last Time" sounds like an intriguing clash between Daft Punk and ELO. But despite protesting that he's "far from JLSfD" on a pointless cover version of Charles Wright & the Watts 103rd Street Rhythm Band's "Express Yourself," he does have more in common with the urban boy band than he may care to admit. Other than "Beneath Your Beautiful," a soulful duet with Emeli Sande, the album is swamped with layers of Auto-Tune which renders his John Legend-esque vocals nondescript; the claustrophobic electronica of "Sundown" borrows from an unlikely source (Joni Mitchell's "Big Yellow Taxi") in a clumsy manner; while the contrived indie rock of "Treatment" treads the same faux-emotive territory as the average X-Factor winner's single. Electronic Earth certainly doesn't sound like a Simon Cowell production, but it's also not quite the bold, innovative statement that Labrinth appears so determined to convince us of.