Commercially, Earth, Wind & Fire were slipping in 1983. Though a decent album, Powerlight wasn't the type of big seller EWF was used to. Maurice White responded with a change of direction that proved to be both a commercial and artistic fiasco. Working with very in-demand (and very formula-oriented) studio figures like Martin Page and David Foster, EWF went for a much slicker and more high-tech approach on the weak and disappointing Electric Universe. White saw that synthesizers and drum machines were playing more and more of a role in both R&B and pop, and wanted to acknowledge technology's impact on music with this album. But EWF usually ends up sounding insincere and even sterile. The type of synth-funk that worked so well for the System doesn't work for EWF. A few of the songs are interesting (including "Electric Kingdom" and the single "Magnetic"), but they don't prevent Electric Universe from being EWF's weakest album ever. When this release flopped, EWF's members temporarily went their separate ways, with Philip Bailey and Maurice White concentrating on solo careers. 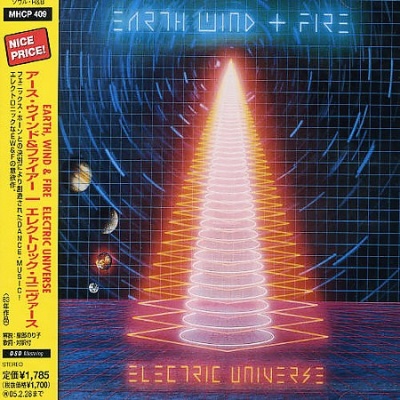