Since John McLaughlin's first two post-Shakti albums -- Electric Guitarist and Electric Dreams -- featured the word "electric" in their titles, it seems that the guitarist wanted to emphasize his more plugged-in side to those who might not have followed along on three previous releases featuring his acoustic world music band. He also thumbed through his impressive phone book to call in some of the cream of the 1977 crop of jazz fusionists to help him out on Electric Guitarist, a true return to form. Ex-Mahavishnu members Jerry Goodman and Billy Cobham assist in kicking things off just like in the old days with "New York on My Mind," a tune that could have been an outtake from his earlier Mahavishnu Orchestra work. Also along for the ride are Chick Corea, Stanley Clarke, David Sanborn, Carlos Santana, Jack Bruce, and four legendary drummers including Cobham, Tony Williams, Jack DeJohnette, and Narada Michael Walden. Unfortunately, the credits don't specify who plays on which track (well-written liner notes would help there), but anyone familiar with the distinctive styles of these artists can easily pick them out. McLaughlin is in fine form throughout, especially when playing clean, staccato, bent notes on the ballad "Every Tear from Every Eye." The majority of the selections stay in a more subtle but amped-up groove as McLaughlin shifts from dreamy to a faster, more straight-ahead tempo on the seven-minute "Do You Hear the Voices that You Left Behind?" A duet with Billy Cobham on "Phenomenon: Compulsion" provides the set's most frantic fireworks as both musicians air out their chops on a breathless, galloping piece with some of the guitarist's most furious picking. 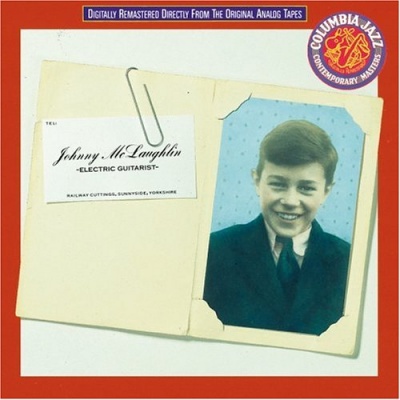