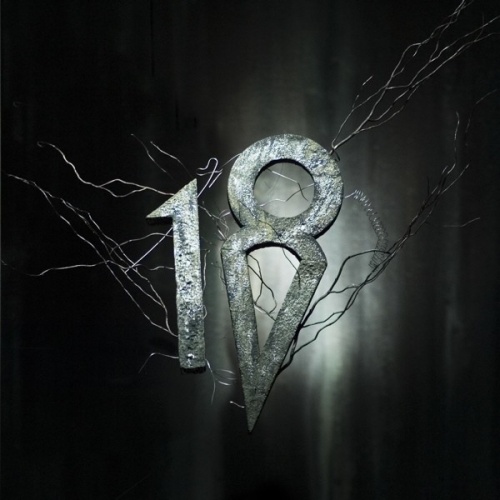 Lifted by years of effort and a new distribution deal with Epic Records, Trustkill Records' Eighteen Visions broke onto the charts with 2004's Obsession, which set up the band's next release as a potential breakthrough. When a recording artist with a number of albums decides to name a new disc after itself, that's often a signal of an attempt at reinvention or introduction to a new audience, and such seems to be the case with Eighteen Visions. The album is not a break with the past, but it does mark a more complete realization of the band's goal of maintaining a distinct heavy metal/hardcore identity while suggesting it can master other styles as well. The most distinct example of this versatility comes six tracks in with "Broken Hearted," a song on which Eighteen Visions abruptly switches gears and produces a melodic, midtempo arena rock performance. Lead singer James Hart calms down from his usual harsh howl to a conventional rock vocal style, and the band turns in a surprisingly accessible track, complete with a big, hooky chorus. The first time listening to the album, "Broken Hearted" comes as a surprise, but upon repeated listenings it's possible to hear more sophisticated parts in other songs -- unusually strong vocal choruses, keyboard riffs, unusual tempo shifts. Eighteen Visions can play contemporary metal with the best of them, turning out songs filled with pile-driving drum parts, thundering guitars, and Hart's obscenity laced, rage-filled screaming. But, unlike their many competitors, they are more than that, and they vary the formula just enough to emerge from the pack.