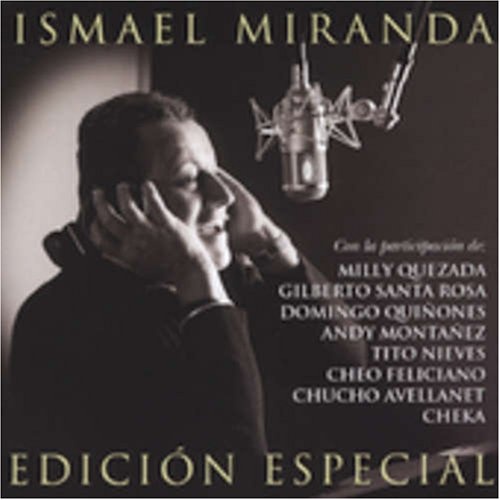 Small wonder that one of the year's freshest, most inventive salsa records would come from a genre legend like Ismael Miranda. It could be hard to believe that an artist who has been in the limelight for better than 30 years could possibly have something new to say. Miranda, however, has been a household name wherever plantains are served since his late teens. He proves beyond doubt with his 2005 release, Edición Especial, that this old dog has more than a few new tricks left. And who better than industry giants and fellow puertorriquenos Gilberto Santa Rosa and Sergio George to produce such a project? George's always modern, invariably hip influence is felt on the opening track, "Se Fue y Me Dejó." Perhaps the record's standout track, skillfully weaving together traditional salsa instrumentation with reggaeton attitude, "Se Fue" is sure to appear on more than one compilation in coming years. Miranda is joined by fellow salsa vocal legends Cheo Feliciano, Tito Nieves, and Gilberto Santa Rosa for some powerhouse duets throughout the record. Santa Rosa's penchant for emulating salsa's golden age sound is in top form. The sound is consistently clear, yet warm and vibrant. The combination of the industry's finest talent both in the booth and from the control room makes for a truly fantastic moment in salsa history.