Eddie Santiago, a singer credited with popularizing the "salsa sensual" style, has a career that's spanned over 20 years, and he's been exceptionally busy during that time, with more than an album a year since his debut, and plenty of collections of his work on the market. For 2004, Santiago attempted something slightly different than his usually sweet, romantic salsa. In tribute to fellow Latin pop icon, Santiago released Eddie Santiago Interpreta los Grandes Exitos de Luis Angel. Though it seems quite normal for one pop singer to interpret the successful material of another, it seems a bit strange for one to do so with a contemporary, as Angel's activity more or less coincided with Santiago's, though he's been less active of late. In many ways, it seems a good direction considering the consistently average quality of Santiago's repertoire, and Angel's strength for songwriting. Though there are moments when the mix of Santiago's vocal style and Angel's songcraft hit pay dirt, it's a mixed bag. Angel's emotive lyricism can come up short when interpreted by Santiago, whose boyish, simple delivery can render the material trite. The production is typically unassuming and flat. Though Santiago took a step in a positive direction, toward a little more substantive writing, one can only hope that Angel's material will fall into the hands of a better interpreter. 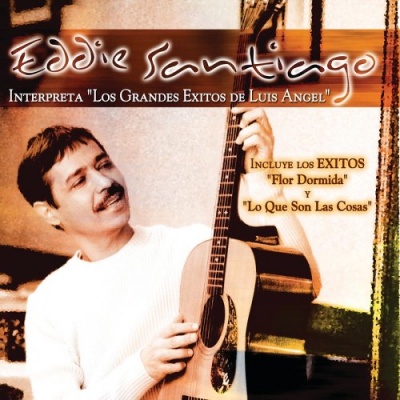