The band is called Bowling for Soup, the album's called Drunk Enough to Dance, and the cover features four guys in ugly power-blue tuxedos pulling funny faces. Gotta be awful, right? Well, not so fast -- no one is going to call Drunk Enough to Dance one of the great records of our time, but these guys do happen to bat at a higher average than the majority of punk-pop acts who've emerged in the wake of Green Day's commercial breakthrough. Jarret Reddick's songs sound tight, sharp, and hooky and, compared to most of his peers, he seems more puzzled than contemptuous of women, which is a welcome switch (the post-breakup gloating anthem "Life After Lisa" is a lot snarkier than it needs to be, but it's hard to blame a guy for being happy to not listen to House of Pain anymore). The music doesn't break any new ground, but drummer Gary Wiseman and bassist Erik Chandler push the songs forward nicely, and they have the good sense not to throw too many slow tunes into the mix. Drunk Enough to Dance will change no one's life, but the jokes are sometimes funny, it's significantly less obnoxious than blink-182 or Sum 41, and it has better hooks to boot; give these guys a few years to mature, and they might become the next Too Much Joy. 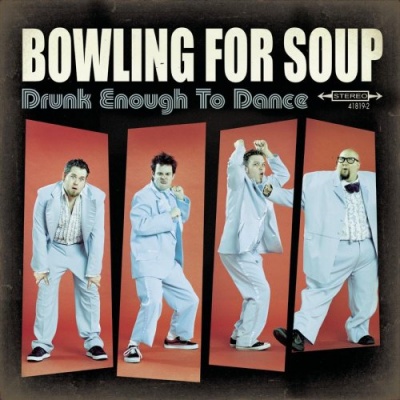