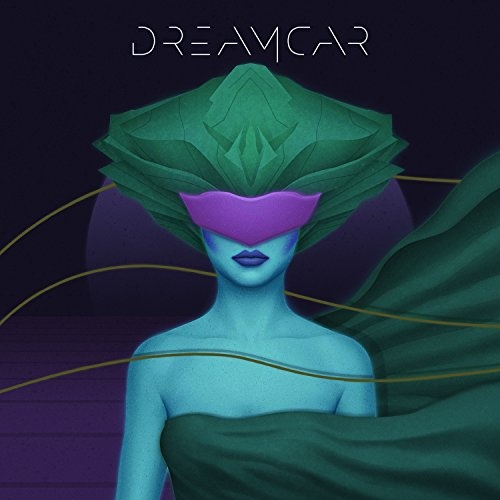 Seeming to spring out of nowhere, DREAMCAR is a collaboration between AFI lead singer Davey Havok and No Doubt members guitarist Tom Dumont, bassist Tony Kanal, and drummer Adrian Young. The story goes that, looking to try something else outside of No Doubt (with singer Gwen Stefani occupied with solo work and her duties as a judge on The Voice), Kanal invited longtime acquaintance Havok to work on new material. Crafted in secrecy over roughly a two-year period with producer Tim Pagnotta (Neon Trees, Walk the Moon), DREAMCAR's eponymous 2017 debut is a vibrant, new wave-tinged effort that brings to mind the effusive, neon-toned dance-rock of iconic '80s bands like Duran Duran, the Cure, and Adam and the Ants. The album also solidifies Havok's place as one of the busiest rock stars in the business, having already spent much of the year promoting AFI's tenth studio album and counting DREAMCAR as his fourth active ensemble next to Blaqk Audio and XTRMST. Thankfully, while the album certainly fits nicely alongside No Doubt's own new wave-inflected tracks like "Simple Kind of Life" and their definitive cover of Talk Talk's "It's My Life," it works on its own terms. These are urgent songs fearlessly led by Havok's burnished croon and framed throughout by the fluorescent hum and jangle of Dumont's guitars, Kanal's propulsive basslines, and Young's crisply kinetic drums. Dumont and Kanal also share keyboard duties, deftly layering majestic swaths of synths in just the right places. Cuts like the driving "Kill for Candy" and the Burundi beat-accented "All the Dead Girls" are hooky, infectious anthems more than worthy of building a whole album around. Elsewhere, the band dive into the sparkly, synth-funk froth of "On the Charts," and bring to mind the moody keyboard hues of Depeche Mode on "Born to Lie." As a frontman, Havok has always evinced the flamboyant lyrical swoon of '80s icons like David Bowie and Morrissey, albeit with his own distinctly sharp-witted, punk-informed energy, and DREAMCAR affords him plenty of room to swoon. Along with his vocal prowess, his knack for cheeky, literate lyrics also works well within the Day-Glo, climate-controlled atmosphere of DREAMCAR. On the yearning, Cars-esque "Don't Let Me Love" he sings, "You wore a white dress as you embraced a Strasberg method on trying days." Similarly, on dusky, disco-flavored "The Preferred," he coos, "Catwalked the world from sea to sea, but god those shoes are killing me." Ultimately, while DREAMCAR's debut surely exists as a byproduct of No Doubt and Havok's various successes, the album stands on its own, magnified by each bandmember's most charismatic elements.