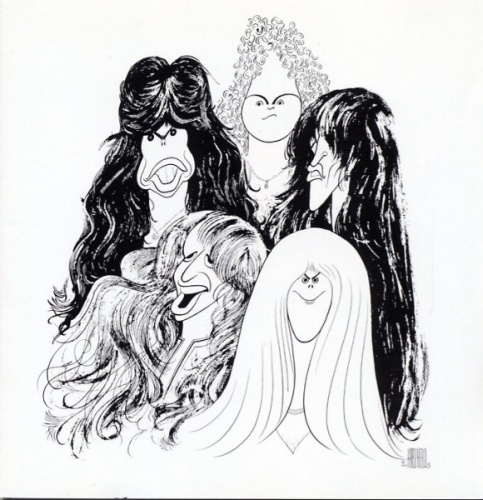 Renting out an abandoned convent on the outskirts of New York City to record the follow-up to the hellacious Rocks may not have been the best idea, but 1977's Draw the Line still managed to be another down-and-dirty Aerosmith release. While it wasn't as awe-inspiring as their last two albums -- the members have said that the music suddenly got "cloudy" around this time (due to in-band fighting/ego clashes, excessive living, etc.), Draw the Line catches fire more times than not. Unlike their most recent album successes, the band shies away from studio experimenting and dabbling in different styles; instead they return to simple, straight-ahead hard rock. The album-opening title track features a gloriously abrasive Joe Perry slide guitar riff and has been featured in concert ever since, while the punk-esque "Bright Light Fright" featured Perry's first ever lead vocal spot on an Aerosmith record. Other highlights include a reworking of the blues obscurity "Milk Cow Blues," which Perry's pre-Aerosmith group, the Jam Band, played live, as well as "I Wanna Know Why," "Critical Mass," "Get It Up," "Kings and Queens," and "Sight for Sore Eyes." Draw the Line would turn out to be the last true studio album from Aerosmith's original lineup for nearly a decade.