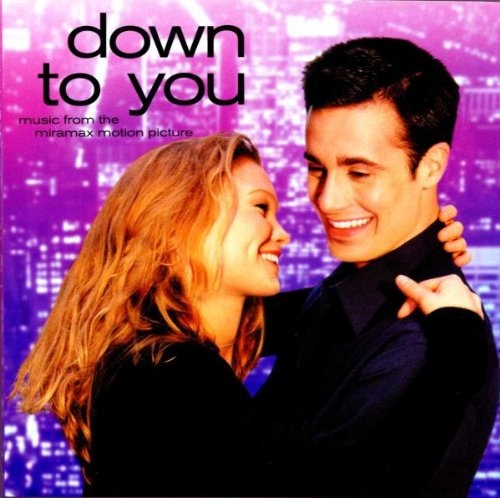 Having successfully broken Sixpence None the Richer last year, the folks at the soundtrack division of Sony Music beat the bushes for similar-sounding music on this various-artists sampler tied in to a youth-oriented romantic comedy by a first-time director. The winner of the "Kiss Me" soundalike contest is Deanna Kirk's "Stay," but there's also a Jewel wannabe named Ginger Mackenzie warbling "The Garden of You and I" and a not-yet-torn Natalie Imbruglia type named Belle Perez declaring "Hello World." Perez is the poster child for all this weightless pop/rock, following up her earnest greeting with "This is me/Life should be/Fun for everyone." Indeed, it should, and if you're in your late teens, maybe it is. But much of the Down to You soundtrack tries to be ingenuous and only manages to be callow. That doesn't mean it won't sell, of course, and there are worse things at the top of the charts than anything on this disc, but that's more a matter for marketers than critics. It's worth noting, however, that Sony has hedged its bets by hiring commercially potent non-teen Diane Warren to pen the near-title track, Billie Myers' "It All Comes Down to You," and by closing the album with a ringer, Sam Phillips' 1994 recording "I Need Love." Phillips effortlessly laps the field, which has the unfortunate effect of making everything that has gone before seem even less impressive. This is a woman who knows her way around pop/rock, from the emotive vocal to the steal from the Beatles' "If I Needed Someone" on the guitar break. Too bad they didn't let her do the soundtrack.