Down in the Groove Review

If the diffuseness of Knocked Out Loaded was excusable due to its collaborators and various recording sessions, Down in the Groove has less of an excuse, since it's relatively from the same time period, even if it's culled from several different sessions with several different backing band. Nevertheless, the main difference is that, while Knocked Out Loaded was ambitious, this is positively unassuming, at best hoping to capture the mellow roots rock of the Grateful Dead (which it does, on Dylan's irresistible collaborations with Robert Hunter, "Ugliest Girl in the World" and "Silvio"). The rest of the record strolls through covers with amiable ease, whether he's backed by ex-punks or lifetime pros. That may not make for a great record by any stretch, but it's a rather ingratiating one, a little more focused than Knocked Out Loaded and a little looser and funkier than Empire Burlesque. Actually, not as heavy on great moments as either (especially Burlesque), but it's still rather nice in its low-key way 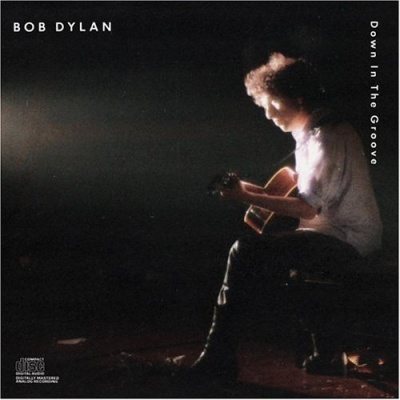 Down in the Groove Album Information