Released within days of Marco Mengoni's season-winning performance of the title track on the final episode of X Factor, Dove Si Vola is a seven-song mini-album that includes the title track and six other performances from the television show. The highlight of the album is "Dove Si Vola," a knockout power ballad written for Mengoni by Italian pop veteran Bungaro. The half-dozen covers start with a couple of English-language songs. The performance of Michael Jackson's "Man in the Mirror" is routine, at best; the double-tracked vocals on the chorus are nice, but about all this version has going for it is the song itself. Mengoni's version of Talking Heads' "Psycho Killer" is much better. It's a wild song whose fast-paced rhythm and oddball lyrics are well-suited to the Italian youngster. The remainder of the album is sung in Italian, including cover versions of "Insieme a Te Sto Bene" (Lucio Battisti), "L'Amore Si Odia" (Noemi), and "Almeno Tu Nell'Universo" (Mia Martini), all of which turn out pretty well, each produced in a different style. All of these songs were performed by Mengoni on X Factor, which makes this mini-album something of a rehash. Some new material would have been welcome on Dove Si Vola, but given the lightning-fast turnaround time between the X Factor season finale and this release, there was no choice except for this to be a slight offering for Mengoni fans eager for product. 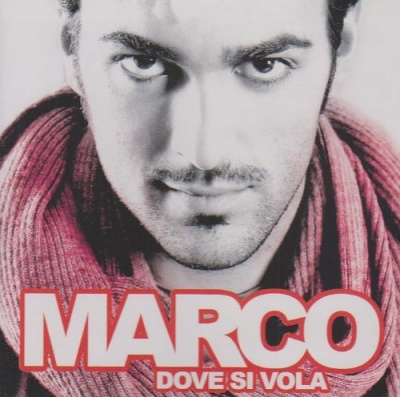