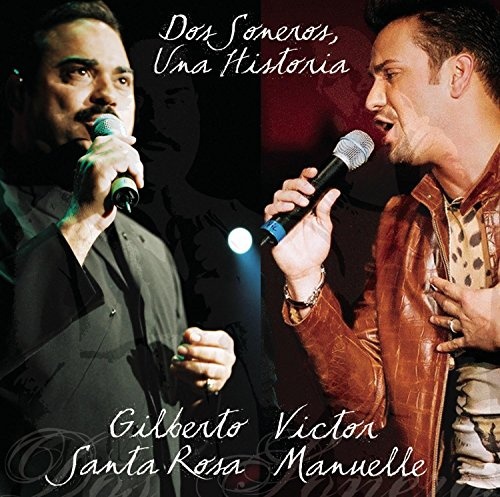 Gilberto Santa Rosa and Victor Manuelle's historic concert at Roberto Clemente Stadium presenting their Dos Soneros, una Historia project should have been a fantastic record. Two of Puerto Rico's most famous modern salseros performing on their native soil to a packed stadium crowd would under normal circumstances have received a lot of label attention and support. For some reason, Sony International released a high-profile live concert recording that sounds as if it had been recorded on an audience member's cell phone. One can only surmise that the arrangements were fantastic, that the instrumental performances were above par, and that the two soneros were in rare form. The purchasers of Dos Soneros, una Historia will never know for sure. As far as this disc is concerned, it requires a measure of blind faith to believe that both Santa Rosa and Manuelle were even there. Almost inexplicably, the record has shown up on several Billboard charts. At this point in their careers, both Manuelle and Santa Rosa are so beloved that anything they put their names on will be received well. It seems that Sony International counted on it.