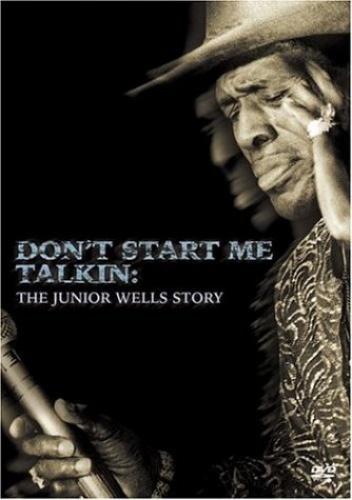 This straightforward 90-minute Junior Wells documentary has some interest for committed fans, but as a production it certainly could have been better. Although there's a fair amount of live footage, most of it seems to come from late in the bluesman's life, circa the mid- to late '90s. While Wells was still a decent performer then, he wasn't at his peak. Nor did he have his best band, despite a guest appearance by former partner Buddy Guy (Bruce Willis also makes a rather unwelcome cameo as a dueting vocalist on one number). There aren't many archive clips aside from those 1990s scenes, and none from before the '70s, an unfortunate gap for an artist whose recording career began in the early '50s. Less pardonably, the production values on the many interview segments aren't always top-notch; the sound often isn't too well recorded, and the camera is even unsteady on occasion. Those interview segments do include a lot of talk with Wells himself (from the looks of things shot not long before his death in 1998), and Junior is fairly interesting and well-spoken, discussing his early days as a sideman with Muddy Waters; getting ripped off by publishers; Little Walter's plan at one point to form a duo with him; the recording of "Hoodoo Man Blues"; and more. A whole lot of friends and colleagues were also interviewed, though the short bits by stars like John Lee Hooker, B.B. King, Carlos Santana, and Steve Miller tend to be bland general praise of Wells. More interesting recollections are offered by Buddy Guy (Wells' most important musical collaborator, live and in the studio) and Bob Koester of Delmark Records, who offers a few details about the recording of Junior's best record, the classic 1965 album Hoodoo Man Blues.