While Dolly Parton first became famous as Nashville's most voluptuous glamour gal, she was also a remarkably gifted songwriter who could tackle classic country themes with a superb ear for details and a heart-tugging ring of truth. So it's worth noting that Dolly Dolly Dolly, released in 1980 (the same year she became a bona fide movie star with her role in 9 to 5), does not feature a single song written by Parton. Instead, producer Gary Klein (who produced her breakthrough pop single, "Here You Come Again") gave Parton a batch of fluff from a variety of AOR workhorses, and the arrangements and production made this Parton's slickest and most mainstream-oriented album up to the time. What's most impressive is that despite the often overcooked backings and less than spectacular songs, Parton herself escapes relatively unscathed; there's no arguing Dolly is a pro, and she handles her job with aplomb here, finding emotions in songs that would seem to have little visible heart or soul, letting her pure Appalachian soprano cut through the orchestra, and even making with the funk on "Sweet Agony." And possibly without Klein noticing, Parton slips in a cover of "Old Flames Can't Hold a Candle to You" that would have gone over gangbusters at the Grand Ol' Opry and shows her muse hadn't let her forget her best music, even as she was making an album in which she put her formidable gifts to the service of some pretty forgettable stuff. 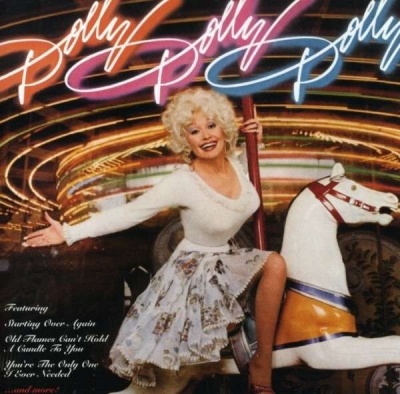