Instead of following through on the Bowie-esque glam stomps of their debut, Suede concentrated on their darker, more melodramatic tendencies on their ambitious second album, Dog Man Star. By all accounts, the recording of Dog Man Star was plagued with difficulties -- Brett Anderson wrote the lyrics in a druggy haze while sequestered in a secluded Victorian mansion, while Bernard Butler left before the album was completed -- which makes its singular vision all the more remarkable. Lacking any rocker on the level of "The Drowners" or "Metal Mickey" -- only the crunching "This Hollywood Life" comes close -- Dog Man Star is a self-indulgent and pretentious album of dark, string-drenched epics. But Suede are one of the few bands who wear pretensions well, and after a few listens, the album becomes thoroughly compelling. Nearly every song on the record is hazy, feverish, and heartbroken, and even the rockers have an insular, paranoid tenor that heightens the album's melancholy. The whole record would have collapsed underneath its own intentions if Butler's compositional skills weren't so subtly nuanced and if Anderson's grandiose poetry wasn't so strangely affecting. As it stands, Dog Man Star is a strangely seductive record, filled with remarkable musical peaks, from the Bowie-esque stomp of "New Generation" to the stately ballads "The Wild Ones" and "Still Life," which are both reminiscent of Scott Walker. And while Suede may choose to wear their influences on their sleeve, they synthesize them in a totally original way, making Dog Man Star a singularly tragic and romantic album. 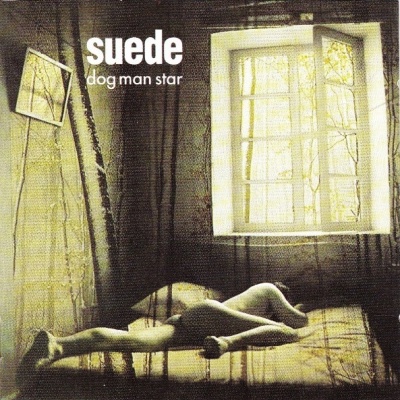