By the late 2010s in their decades-long career, the Backstreet Boys have been an adult contemporary pop group longer than they were the teen pop titans of their late-'90s pop culture peak. Taking steps away from bombastic anthems and focusing on heartfelt comfort, they ended a short hiatus with a pair of early-2000s efforts packed with earnest, rock-leaning ballads, later striking a balance between their two sides by dipping back into dance-friendly productions in the early 2010s. On DNA, their eighth full-length, they continue that trend, recruiting contemporary producers who incorporate shimmering touches of electronic, tropical, and synth pop into the mix while retaining the classic harmonies and songcraft for which they are known. Considering four of the five members were in their forties at the time of release, DNA is elegant and unexpectedly fresh, especially on sparkling electronic tracks such as the Lauv-produced "Nobody Else" and the Chainsmokers-esque "Is It Just Me." Elsewhere, back-to-basics moments such as the lush a cappella of "Breathe" and the throwback doo wop of "The Way It Was" are nestled alongside heavily produced romps like the surprisingly horny "New Love" and the sexy disco-funk of "Passionate." The Ryan Tedder/Shawn Mendes-penned single "Chances" and their first Billboard Hot 100 entry in a decade, "Don't Go Breaking My Heart," are some of Backstreet's finest, familiar in their delivery yet with a finger on the mainstream pulse of 2019. Though the tail-end of the album loses some steam, DNA remains pleasant and engaging, closing with the charming hand-claps of "OK." With DNA, a revitalized Backstreet Boys exude an assured confidence, taking enough steps forward to continue their pop maturation without ignoring the hooks and harmonies that carried them all this way. 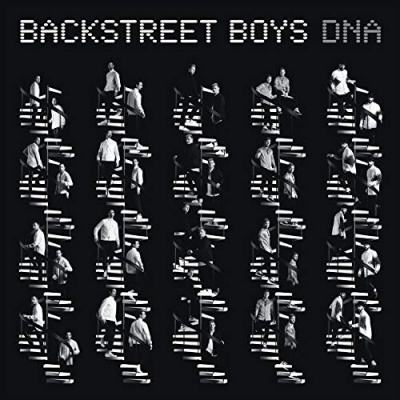