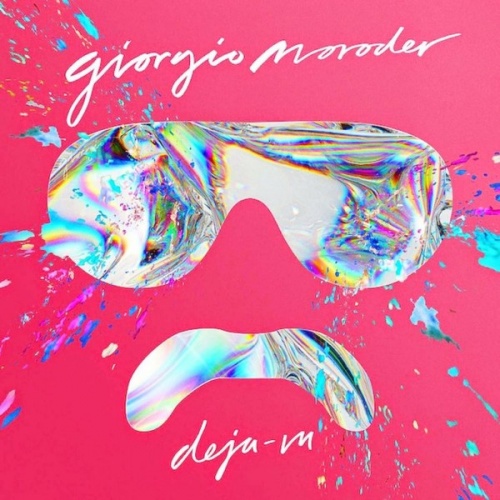 By the time Giorgio Moroder released Déjà-Vu, the world was as ready as it could be for his return. His work on Daft Punk's Random Access Memories was the most vivid reminder of his influence on decades of dance music, but artists such as Goldfrapp and Chromatics ensured that his brand of atmospheric disco and synth pop was nearly as in vogue in the 2000s and 2010s as it was in the '70s and '80s. Despite its name, Déjà-Vu isn't entirely a blast from the past; instead, Moroder splits the difference between making contemporary-sounding dance music and reviving disco. Sometimes he combines those impulses, nodding to his roots while shaping them into 2010s dance-pop: "Wildstar," which features Foxes (who has also worked with Zedd), is one of his best fusions of old and new. He sounds most nostalgic on the album's handful of instrumentals, such as "74 is the New 24," which feels like a time capsule full of vocoders, arpeggiated synths, and windswept drama. However, Moroder spends most of Déjà-Vu collaborating with 21st century pop singers, a move that's both logical and risky. Some of his most memorable music came from working with pop vocalists who had well-established personalities (or personas that he helped create), and that holds true for most of these songs. On "Back and Forth" -- the closest Déjà-Vu comes to greatness -- Kelis' commanding, just-gritty-enough vocals help Moroder recapture and update the glamour and drama of his definitive work. "Diamonds" makes the most of Charli XCX's frothiness on one of the album's most inspired pairings, while Sia and Kylie Minogue's respective contributions on the soaring title track and crystalline disco-pop of "Right Here, Right Now" are just as engaging. However, Britney Spears' ultra-detached vocals on the cover of Suzanne Vega's "Tom's Diner" add little to the track, and collaborations with Mikky Ekko, Matthew Koma, and Marlene aren't especially memorable. Despite its unevenness, at its best Déjà-Vu is an entertaining return from a dance music legend looking to translate his style into something that isn't overly familiar.