This follow-up to Cry of Love's successful debut Brother is powered primarily by guitarist Audley Freed's awesome blues-rock touch. A little too musical for their own good, these Southern rockers fail to place their own personal stamp on Diamonds & Debris' many mid-tempo walk-throughs and forgettable ballads. Freed almost makes up for his nondescript songwriting with deft guitar flurries reminiscent of Stevie Ray Vaughan ("Revelation [Rattlesnakes & Queens]"), Joe Walsh ("Sweet Mary's Gone"), Robin Trower ("Sunday Morning Flood"), and Jimi Hendrix ("Hung Out Redux"). Adding to the lofty musicianship, groove-rockers like the Bad Company-flavored "Empty Castle" and the stark "Diamonds & Debris" feature vocalist Robert Mason's own virtuosity. All this talent, together with the fact that the album's last four most dynamic tracks amount to their best, places producer John Custer's contribution into serious question. With so much good material to choose from, the disc's middle section of unnecessary and bland balladry represents some truly odd track list decision-making for which Custer might be responsible. Then again, those decisions have been known to be made in that most uncreative of environments -- the record label boardroom, or executive office. No matter the culprit, this already marginal recording was messed-up bad when so much filler was not only included, but prominently placed within its confines. Even with chops that eclipse fellow classic rock revivalists Brother Cane and the Black Crowes, Diamonds & Debris would have been greatly aided by the former's memorable songwriting, the latter's reckless and soulful performances, and the control of a talented, engaged producer. 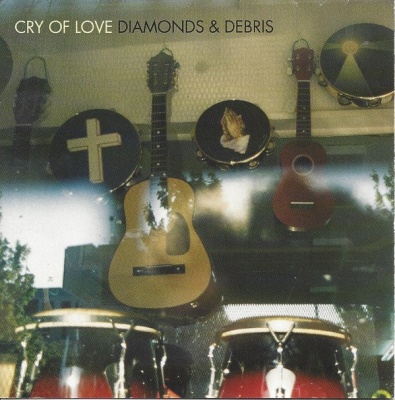