Destiny's Child have never quite seemed like a true group, possibly because Beyoncé Knowles always took the spotlight in the group's hits and videos. When the group went their separate ways in the wake of the blockbuster success of 2001's Survivor, it was easy to assume that the split was permanent, a suspicion that only grew when Beyoncé became a superstar with her 2003 solo debut, Dangerously in Love. As it turns out, she was reluctant to leave the group behind -- an attachment that might have been telegraphed by the fact that her solo album shared a title with a song from Survivor -- because she reunited with Kelly Rowland and Michelle Williams for 2004's Destiny Fulfilled. To put it mildly, this is not quite like Diana Ross returning to the Supremes, nor is it like a New Edition reunion; it is not the reunion of a supergroup, nor is it a case of the sum being greater than the parts. This is a retreat to Destiny's Child's comfortable status quo, where Kelly and Michelle take a backseat, both intentionally and not, to the undeniable star that is Beyoncé. She can seduce and shout, she can sound strong and sexy, and she steals every song on Destiny Fulfilled. Not that Kelly and Michelle are bad singers. They are sweet, classy vocalists, cooing their leads nicely and providing warm harmonies on the choruses, but they're overpowered by the powerhouse of Beyoncé, who sounds larger than life even when she's quiet. Destiny Fulfilled begins with an invigorating opening salvo of two hard-driving dance cuts, "Lose My Breath" and "Soldier," then slides into a series of nine slow-grooving tracks. Throughout it all, the harmonies sound good, and a few cuts stand out -- "Is She the Reason" glides by on a sexy Melba Moore sample, and the nimble "Free" wins points for being livelier than the rest. 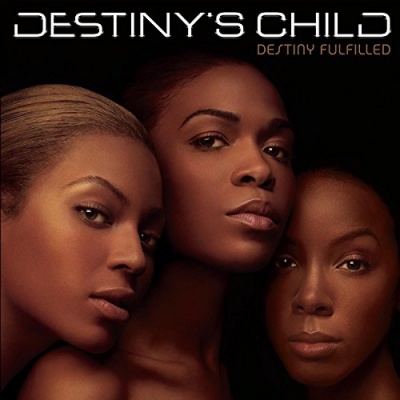