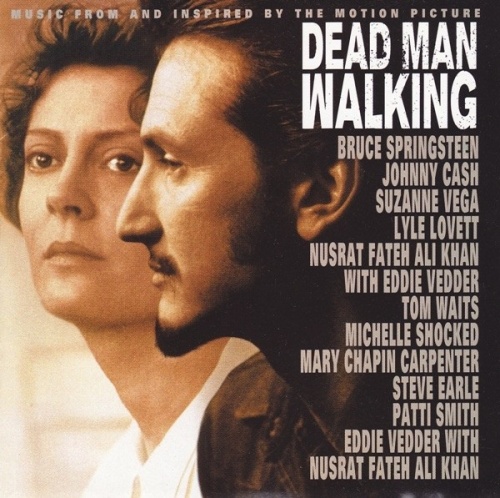 Although it is not strictly a soundtrack -- only four songs on the album were featured in the Tim Robbins film -- Dead Man Walking is nevertheless a fascinating listen. Robbins played a rough cut of his film to a number of musicians, asking them to contribute a song if they were intrigued by the story of a condemned prisoner on death row. Nearly every musician he approached contributed a song, and they are collected on Dead Man Walking. The star power of the album is impressive -- Bruce Springsteen, Johnny Cash, Tom Waits, Eddie Vedder, Lyle Lovett, Patti Smith, Suzanne Vega, Mary Chapin Carpenter, and Steve Earle all are featured on the record -- but names alone wouldn't make Dead Man Walking a musical success. Fortunately, most of the musicians contribute first-rate material, such as Springsteen's spare, haunting title track, Waits' gallows humor, and the bizarrely appropriate teaming of Vedder and Nusrat Fateh Ali Kahn. Not only is the album an unusually constructed soundtrack, it is an unusually effective one, boasting almost no dead weight. It's one of those rare soundtracks that is as compelling as the film itself.