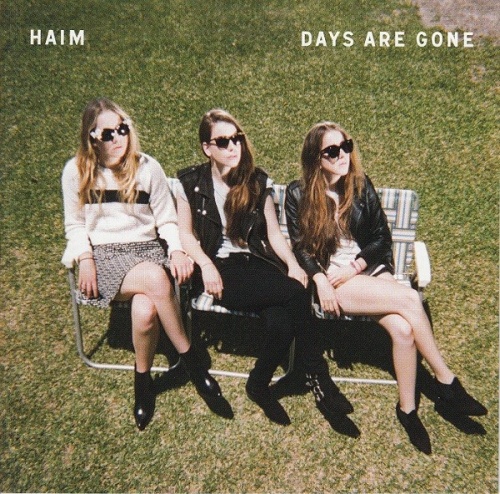 There is nothing cool about Haim's music, and that's why it's so refreshing. While many of their contemporaries engaged in a contest to find the most obscure influences, and '80s revivalists sucked synth-pop and new wave dry, the Haim sisters dug up the decade's biggest, poppiest sounds and fashioned a captivating debut album out of them. Days Are Gone sounds all the more unusual precisely because it's so mainstream; a list of their influences -- Stevie Nicks, Phil Collins, En Vogue, Shania Twain -- looks like a glance at the Top 40 from about 25 years before the album's release. Likewise, these songs revel in that era's sometimes-cheesy flourishes without a trace of irony, and the gated drums, gleaming synths, and muted guitars that dominate Days Are Gone haven't sounded so good since their original heyday. Not that Haim's approach is unstudied; the trio obviously did their homework to revive and embody these sounds so perfectly, and it took them five years of recording and re-recording these songs until they had just the right mix of smoothness and immediacy. The hard work paid off: Days Are Gone is full of should-be hits like "The Wire," which boasts a big, fist-pumping beat and sassy guitar licks (they can only be called that). Compared to the thin voices of so many 2010s pop stars, singer Danielle Haim's rich alto only adds to the group's throwback feel, but like her sisters, she's remarkably versatile. Over the course of the album, Haim captures and explores the nuances within the styles they're reviving: there's the sweet soft rock of "Honey & I" or "Don't Save Me," the title track's tight synth-pop, and the dark, driving territory of "Let Me Go" and "My Song 5," which, with its slinky melody and hard-hitting beats, makes the most of the trio's much-touted R&B influences. This song, along with much of Days Are Gone, features production by Ariel Rechtshaid, whose work with Usher and Vampire Weekend proves he has the breadth to help Haim unite their ideas into a coherent sound. Still, it's the writing that ultimately prevents Days Are Gone from being just an extremely accurate exercise in nostalgia. The best moments here, such as the bookends "Falling" and "Running If You Call My Name," would be great pop songs regardless of when they sound like they're from. A debut album that could pass for a greatest-hits collection, Days Are Gone will provide musical comfort food for some, and possibly an introduction to irony-free pop for others.