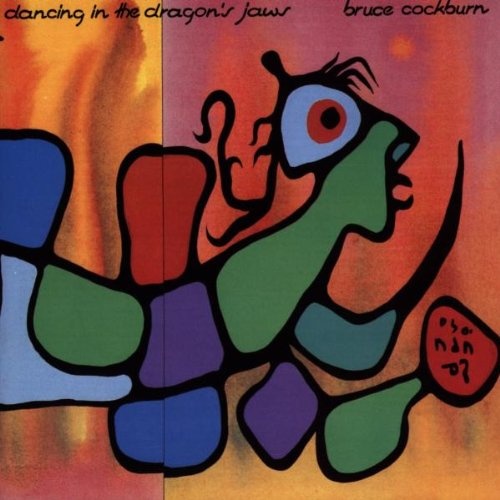 After nearly a decade spent in relative obscurity outside of his native Canada, Bruce Cockburn finally made a dent in the US market with the Top 40 hit "Wondering Where the Lions Are" from 1979's Dancing in the Dragon's Jaws. The album continues the jazz-inflected folk he had been pursuing on his past several releases, but with a heavier emphasis on the worldbeat rhythms that would play a larger part in his music in the years to come. This album is the gentler side of Bruce Cockburn, beautiful and searching, with his acoustic guitar once again at the forefront; his intricate, yet melodic patterns the perfect backdrop for his poetic ruminations on spirituality and nature. From the opener, "Creation Dream," his vision of the Earth's genesis to the meditative "No Footprints" Cockburn is overcome by the wonderment of God's work. Even amidst the "concrete vortex" and "people looking ill-at-ease," there's a sense of peace and overwhelming faith that runs throughout. Only "Incandescent Blue" (coincidentally the only song written outside of Canada) exhibits the kind of urban tension and consciousness that would become so evident in his work throughout the next decade; although he still finds a sort of respite in the chorus with its "white birds...[soaring] away free." Dancing in the Dragon's Jaws, though it can't match the sheer power of his next few releases, may be his most beautiful record, as well as an excellent culmination of his '70s work.