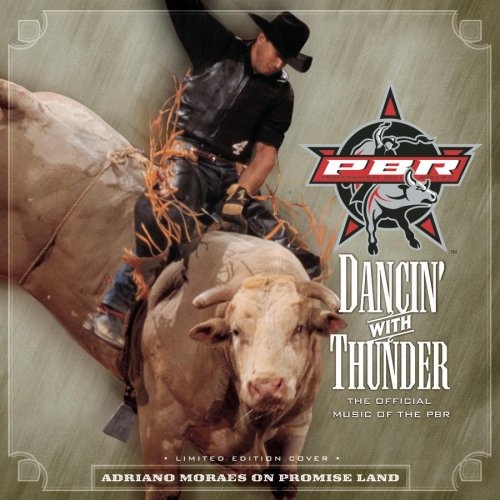 PBR stands for Professional Bull Riders, and this is an album of music to accompany bull riding, apparently. Actually, it has more the quality of any sports-related rock that you hear played under beer commercials and for the lead-ins to football pre-game shows, the kind of music the producers imagine is most enjoyed by their predominantly male, working-class audiences. For the most part, that's a hard-edged brand of Southern rock, though here it varies from a borrowed Stevie Ray Vaughan blues-rock track to a seemingly irrelevant Jewel song that was probably included for cheesecake and marquee value. But the core of the collection is the second half, all five songs actually containing lyrics about bull riding, with David Lee Murphy making like Lynyrd Skynyrd in "Hangin' On" and Jack Ingram coming up with a convincing Rolling Stones-style track on "Rank Bull." There isn't anything here likely to have a life beyond the album, but most of the music does sound like it could be used as the soundtrack to a bull ride (or, considering that the rides last only eight seconds, lots of them). The original release employed four different limited-edition covers featuring action portraits of bull riders Justin McBride, Michael Gaffney, Ty Murray, and Adriano Moraes, and, of course, their bulls Hollywood, Dillinger, Red Wolf, and Promise Land, respectively.