While the music that came to be termed "salsa" originated in Cuba, Puerto Ricans have been among its strongest supporters. One New York-reared puertoriqueno who soared to the top of the salsa world in the 1950s was timbale player/vibist Tito Puente. Boasting such early Puente gems as "Cual Es La Idea," "Oye Mi Guanguanco" and "Yambecua," the exuberant, infectious Cuban Carnival is essential listening for anyone with even a casual interest in Afro-Cuban music. Many of the players Puente employs in his driving orchestra -- including Mongo Santamaria, Willie Bobo and Carlos "Patato" Valdez -- would become among the most celebrated percussionists in Latin music. Whether the style is mambo, son, cha-cha or rhumba, Cuban Carnival is outstanding from start to finish. 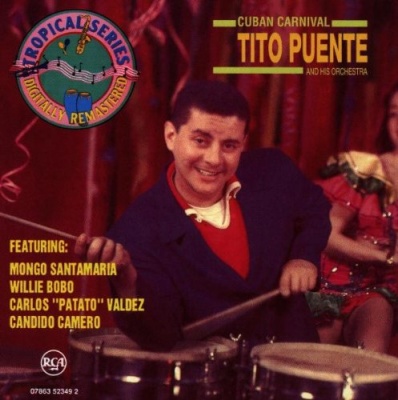