Solana Rowe's proper debut album, due to its title, invites comparisons to Janet Jackson's 1986 personal and commercial breakout. It's an individual statement, however, one distinct from even the contemporary likes of Kehlani's SweetSexySavage. Placed beside only Z, its three-year-old prelude, Ctrl is the work of a considerably less-inhibited songwriter. Rowe likewise truly fronts these frank songs that wield power as they lament lonesomeness, insecurity, and inertia. She neither projects slight wisps nor obscures herself inside swirling synthesizers, yet she oversells not a single thought. On screen, a slight shrug from her would probably devastate an expectant admirer. In the slow-motion hip-hop soul of "Doves in the Wind," featuring a hectoring verse from fellow TDE artist Kendrick Lamar, Rowe schools inapt and inept male behavior, offering intimate counsel and acerbic derision in a uniquely offhanded style. As assured as she is in this mode, she's not too proud to test a partner ("Call me on my bullshit, lie to me and say my booty gettin' bigger even if it ain't"), express personal dissatisfaction ("All alone still, not a thing in my name"), or plainly grieve ("Do you even know I'm alive?"). The production crew here is almost completely different from the one involved on Z, with TDE regular Tyran Donaldson (aka Antydote and Scum) the lone holdover, present on seven tracks. For every overdone trap trick, there's a couple of sly wrinkles, like the thick, chiming groove in "Go Gina," where Rowe brilliantly illustrates a specific kind of fatigue ("Picking up a penny with a press-on is easier than holding you down") and the woozy, decayed synthesizer line in the Travis Scott-assisted single "Love Galore," ideal for a song about rekindling a dead-end affair. This is a marked improvement, a distinctive statement, and an indication of more great work to come. 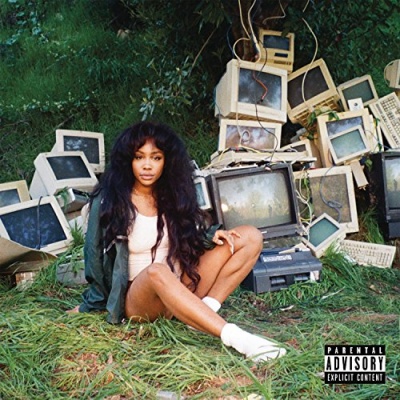